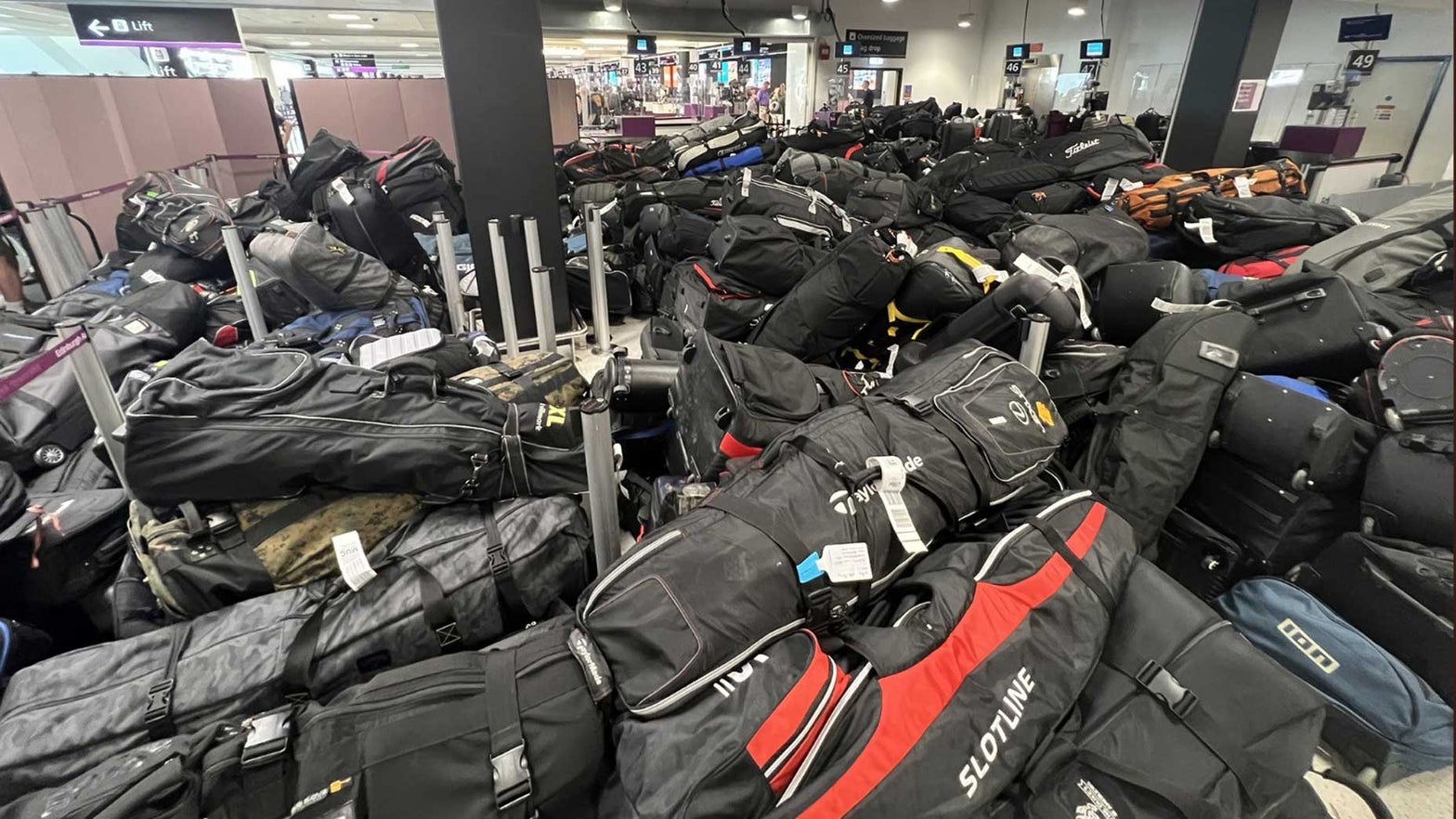 A mountain of golf travel bags has amassed at Edinburgh Airport.

Every traveling golfer’s nightmare is playing out en masse right now: golf clubs they cherish are being left behind, stuck at the airport of their departure while they travel home.

Tour pro Mackenzie Hughes was one of the unlucky many. His family’s eight bags (including his clubs) did not arrive in Dublin after their quick flight from Edinburgh, as you could see from his Twitter activity trying to solve it. Two GOLF.com staffers had their clubs either never arrive in Edinburgh, or never make it back to the States. One of them has no clue where his clubs even are.

The issue seems to be going in both directions as this came after weeks of golf clubs struggled to reach Scotland to begin with. Tour pro Keith Mitchell dealt with a major delay in his clubs arrival before the Scottish Open. The bag took a completely different route to Scotland than he did. Eventually they arrived in time for some practice rounds, but Viktor Hovland wasn’t as lucky, and PING staffers had to create a new set of clubs for him.

Jhonattan Vegas, who was traveling with his family, was even less lucky and had to play the first couple rounds at Renaissance Club without his sticks. He gamed a 72-68 start to make the cut and eventually finished T36. After competing in the Scottish Open and missing the cut in the Open Championship, Justin Harding was hopeful to eager to move on with his season. Only his clubs were apparently stuck in Edinburgh as well.

Clearly the issue is rampant throughout the golf world. Broadcaster Shane Bacon’s sticks took their sweet time getting to the United Kingdom, and only arrived in his hands when a Good Samaritan follower spotted his name on the travel bag, scooped them up and brought them to St. Andrews. Barstool’s Sam ‘Riggs’ Bozoian has been out of clubs for weeks now as his bag got stuck at London’s Heathrow airport and has remained there since.

Bunkered, a British website devoted to golf, has been tracking the lost/delayed baggage story for a bit and included horror stories from some Challenge Tour golfers in Europe, which you can read about here. They also reached out to the Edinburgh Airport for clarification on what has happened, receiving the following statement:

“Although large amounts of baggage had been anticipated, the volume of golf clubs which required processing was far higher than forecast. This caused a delay in the baggage system yesterday and teams worked with handling agents to resolve the issue.

“Measures were put in place to rectify the situation and while all bags have now been processed, unfortunately some items will be delayed arriving to their final destination.

“We are working with handling agents and airlines to help them repatriate bags with their owners. We thank passengers for their patience during what are challenging times for the entire aviation industry, and apologize for any inconvenience caused.”

How will this situation work itself out? Randomly, it seems. To this point, luggage has been lost, arrived at incorrect airports, been delayed or left hanging at baggage claim for days. If you’re among the unlucky ones, just remember Jhonattan Vegas made the cut without his clubs.

How to Travel With Only One Bag Travel Bag Travel Bags For Women That Are Actually Stylish Travel Bag 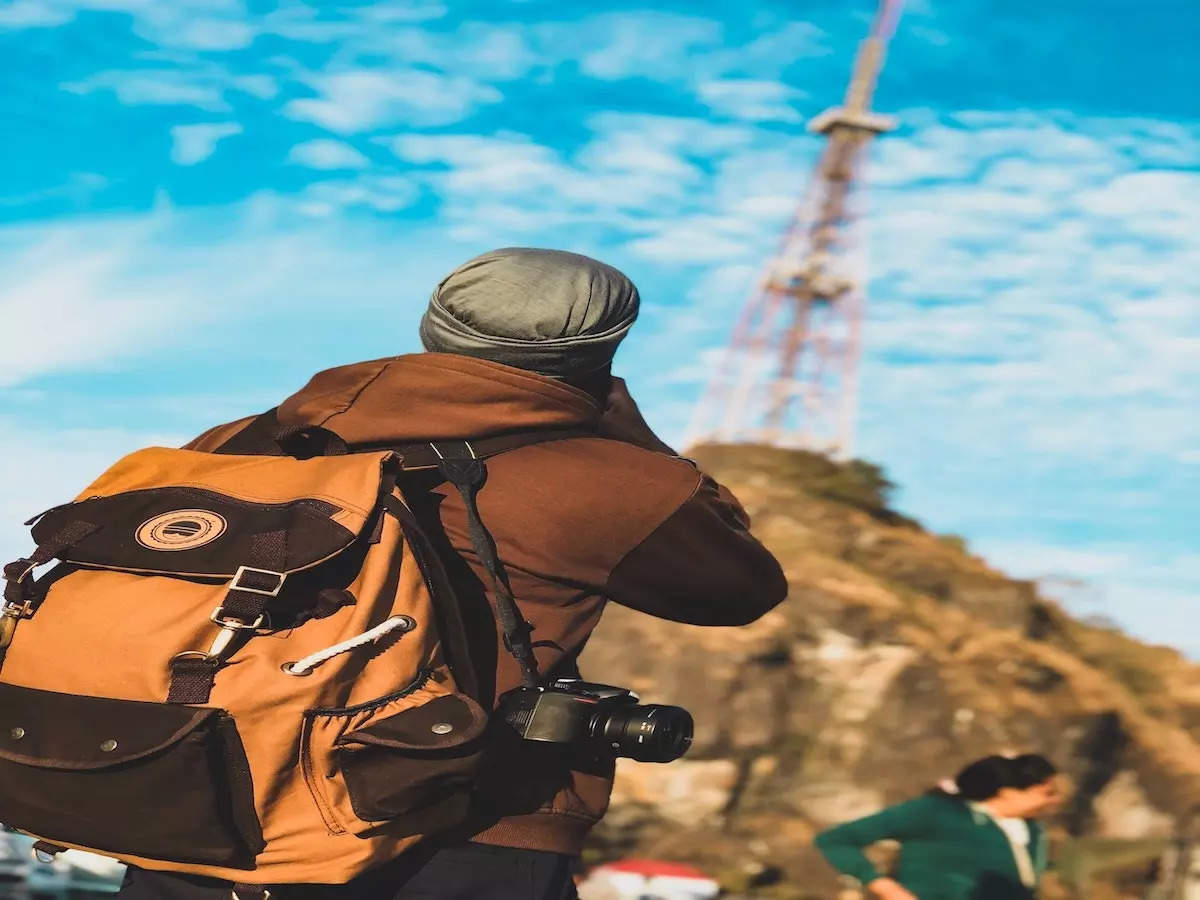 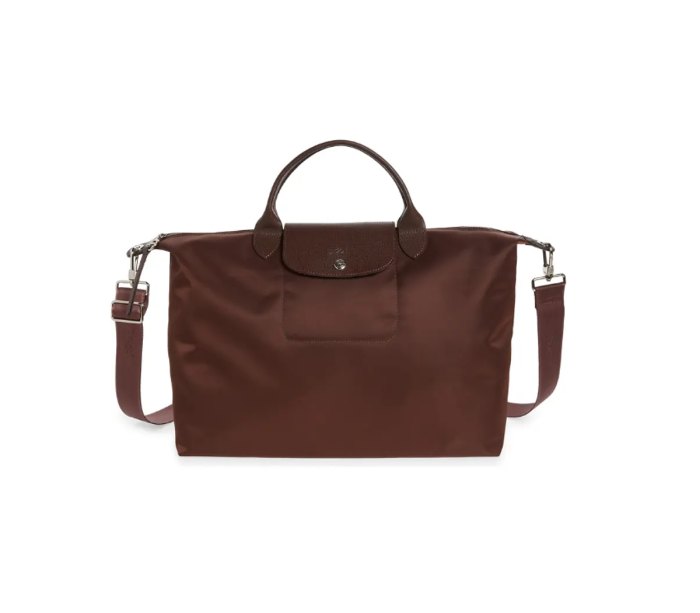 Nordstrom Anniversary Sale Travel Bags Up to $150 Off Travel Bag