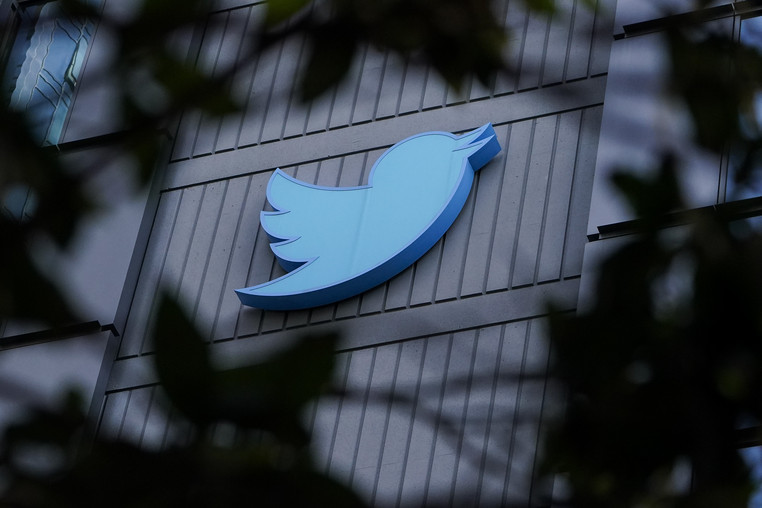 Thanks for reading Ottawa Playbook. Ready for the week? We’ll get you there.

OTTAWA MAN — Is it time for PIERRE POILIEVRE to leave the orbit of the nation’s capital?

The Conservative leader is Toronto-bound this Friday for a speech at the Empire Club on the day after Finance Minister Chrystia Freeland’s fiscal statement. Working title of the event: The Bursting Bubble: How we got here, how we get out.

Poilievre has toured parts of the GTA afewtimesinrecentweeks, and also dipped intoQuebec.

— The hinterland this is not: A four-hour drive down Highway 416 and across Highway 401 to the biggest city in the country — aka the Laurentian Expressway — is a far cry from the whistle stops on Poilievre’s six-month marathon of small-town arenas and banquet halls.

But it’s a change of scenery from question period and Stornoway.

— Speaking of which: Poilievre loves to boast about winning a riding in a city like Ottawa where, he strongly implies, public servants are predisposed to elect Liberals. But his Empire Club bio places the Poilievre residence in the “Eastern Ontario village of Greely” — a nice bit of trolling that is both true and also leaves out Greely’s charter membership in the amalgamated City of Ottawa.

It also ignores Stornoway, the taxpayer-funded official residence of the opposition leader, which is surrounded by lavish ambassadors’ residences, in the heart of one of Canada’s wealthiest neighborhoods. But we digress.

— Time to hit the road? Playbook canvassed Conservatives who live in the capital and others who dwell far away. If they reached consensus, it’s this: Poilievre needs to hunker down after winning the party leadership in September.

The new boss had to appoint his senior leadership, hire staff and show love to his caucus. Conservative MPs value caucus meetings. They love to be heard. They need to be heard. That’s why MPs who’ve shared facetime with Poilievre have often shared a photo of something like this. He knows he can’t win the next election if he loses control of his caucus.

Most of Poilievre’s YouTube clips these days are from QP. He’s in his happy place as an MP, having served in the Commons for much of his adult life.

But the Ottawa bubble is lost on regular people — even the zingers and one-liners.

That’s why no one should be surprised if Poilievre’s team pushes him to hit the road more often.

THE FALL ECONOMIC STATEMENT: Finance Minister CHRYSTIA FREELAND has spent much of the past month leveling expectations. But she’s also been talking up Canada’s bright future, “if we choose to seize it.”

We’ll find out Thursday how all this shakes out.

As Playbook has gamed ou t, a week-long break from the House follows Freeland’s Nov. 3 fiscal update. The minister and the rest of Cabinet will make way from Ottawa to talk up proposed measures while emphasizing fiscal restraint. Then it’s back Nov. 14 for a legislative sprint to the December holidays.

CONFERENCE OF THE PARTIES 27: COP27 officially gets underway Sunday in Egypt. It helps to explain the sprayof climatereports.

THE ROULEAU INQUIRY: So far, no one is looking good at the Public Order Emergency Commission. But just hold on.

— Ahead on Wednesday: A federal court judge will consider a court challenge of a summons calling Ontario Premier DOUG FORD and Deputy Premier SYLVIA JONES to testify.

Monday: Second reading debate on S-5, which amends the Canadian Environmental Protection Act (and already received approval from the Senate).

Tuesday: An “opposition day” that will focus debate on an as-yet-unknown motion from the opposition benches.

Wednesday: Second reading debate on S-4, which amends the Criminal Code and the Identification of Criminals Act.

— Prime Minister JUSTIN TRUDEAU is in “private meetings” in the National Capital Region.

3:30 p.m. International Development Minister HARJIT SAJJAN is at the House foreign affairs committee to take questions about extreme flooding in Pakistan. (Tory MPs have Sajjan in their crosshairs, according to a Sunday news release.)

4 p.m. Canadian Anti-Hate Network’s EVAN BALGORD is a witness at the Senate human rights committee as senators meet to continue their study on Islamophobia. Balgord’s parliamentary committee appearance was in April related to MPs’ study of the rise of ideologically motivated violent extremism in Canada.

5 p.m. Governor General MARY SIMON invites trick-or-treaters to Rideau Hall: “This year’s theme is creepy creatures, where animals of all kinds come out at sunset to torment those who try to leave the grounds of Rideau Hall.” [Insert your own joke at the expense of politicians here.]

BLOWING UP  — If Twitter has long been a hellscape, where does it go from here?

REBECCA KERN, DAVID SIDERS and MERIDITH MCGRAW consider what it means that “the bird is freed.” Their POLITICO feature includes this barbed but fair observation from Republican strategist MIKE MADRID, a co-founder of the anti-Trump Lincoln Project:

“It’s not like we’re having a healthy exchange of ideas. We’re calling each other pedophiles, racists and grifters, but at least we’re doing it on the same platform,” he said. “Without Twitter, what is there?”

For the record, we’ve been sticking around for the #cdnpoli:

Exhibit B: JASON KINT, showcasing the latest committee meeting at which MPs are studying C-18. The legislation would force companies like Facebook and Google to compensate the news industry for the use of its content.

In 17 tweets, the CEO of Digital Content Next shared key exchanges from that Friday’s meeting of the House heritage committee featuring witnesses KEVIN CHAN and MARC DINSDALE of Meta.

— Some quick context: Facebook warned last week that if the Online News Act passes, it could block Canadians’ access to news sites on its platform.

— For the record: Kint was in front of the same committee in September arguing in support of the bill.

Exhibit C: The Bank of Canada: “The fact that both sides are complaining about Wednesday’s Bank of Canada decision tells me that monetary policymakers did something right,” ROYCE MENDES of Desjardins Capital Markets argued in a succinct five-tweet series.

— Foreign Affairs Minister MÉLANIE JOLY joined CATHERINE CULLEN on CBC’s The House. Asked about “the Freeland doctrine,” Joly giggled, then replied: “I don’t believe in doctrine. I don’t think it’s time for doctrine. I think people are losing their lives right now in Ukraine, fighting for their freedom. I think we need to show up.” Listen here.

— The CBC’s EVAN DYER writes: If U.S. Secretary of State ANTONY BLINKEN was hoping to return to Washington with a Canadian commitment to take the lead in Haiti, he went home disappointed.

— CP’s NOJOUD AL MALLEESinterviewed TIFF MACKLEM. “I am acutely aware that the Bank of Canada, particularly right now, is having a lot of effect on the lives of Canadians,” the BoC governor said. “And that’s a big responsibility.”

— The Globe adapted a recent JEFFREY SIMPSON speech: Decline of the Liberal empire in Canada, which ran over the weekend. DAVID HERLE called the feature a “#cdnpoli must-read.”

— POLITICO’s ERIN BANCO, SAM STEIN and HEIDI PRZYBYLAreport on growing anxiety after NANCY PELOSI’s husband was violently attacked in his San Francisco home. The attack is raising difficult questions about the rise of threats against politicians, they write.

Here is the HILL TIMES this morning: Spitting, stalkers, and death threats: a ‘routine’ part of being a politician, say MPs.

— Finally, the CBC’s EMMA GODMERE considers why so many provincial and federal politicians are heading to city hall.

For POLITICO Pro subscribers, catch up to our latest policy newsletter: Freeland sets date for FES-tivus.

Movers and shakers: ELISE WAGNER joins the office of Trade Minister MARY NG today as director of policy for international trade. Her last day in the PMO was Friday. (She received the customary Rabbit Hole going-away treatment Thursday night.)

JUSTIN TRUDEAU and SOPHIE GRÉGOIRE TRUDEAUwalking with the families of the victims of Ukraine International Airlines Flight 752. “We stand united — united in support of Iranian women, united against Iran’s heinous behavior, and united in our resolve to hold this oppressive regime accountable,” Trudeau said later in a statement on social media.

COLE HOGAN, director of digital advocacy and campaigns at Proof Strategies, with a blunt message to anyone who wants to make an impact online: “Organic reach is dead.”

One Halloween tweet, four mega-consultant firms roasted … ALEX WELLSTEADat the tiny tots trick or treat in Milton. … The Star’s LEX HARVEY and OWEN BROWN and a head of lettuce.

11 a.m. The House status of women committee meets to study the mental health of young women and girls. FEWO will also meet at 12:25 to consider launching a study on women and girls in sport.

11 a.m. MP WILSON MIAO will be up first at the House industry committee to discuss Bill C-244, which would amend the Copyright Act.

11 a.m. The House Indigenous and northern affairs committee meets on Bill C-29, the government’s legislation proposing to create a national council for reconciliation.

11 a.m. Federal budget watchdog YVES GIROUX will be at the House operations and estimates committee to discuss his new report on surface combatants.

3:30 p.m.The House transport committee will hear from the aerospace industry as part of its study on anticipated labor shortages.

3:30 p.m. The House foreign affairs will be briefed on extreme flooding in Pakistan.

3:30 p.m. Minister CARLA QUALTROUGH will be guest of honor at the House human resources committee. MP’s will be discussing Bill C-22.

3:30 p.m. Public Safety Minister BILL BLAIR and RCMP Commissioner BRENDA LUCKI will be back at the House public security committee to take questions on allegations of political interference in the 2020 mass murder investigation in Nova Scotia.

4 p.m. The Senate official languages committee meets to study Bill C-13 with witnesses from the Public Service Alliance of Canada and Association of Canadian Port Authorities.

Behind closed doors: The House access to information committee reviews a copy of its draft report of device investigation tools used by the RCMP. The House veterans affairs committee will be discussing its report on survivor pension benefits.

Friday’s answer: Most readers guessed that CHRYSTIA FREELAND said this: “Journalist to journalist, I’m just letting you know. You know I can’t comment on this right now.”

It was actually MARCI IEN, former journalist and current minister for women and gender equality and youth.

Today’s question: Name the sitting MP who worked with an international team on a mission to determine the cause of the Spanish flu, then wrote a book about it.

Send your answers to [email protected] 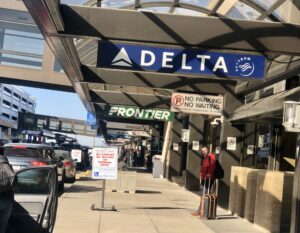 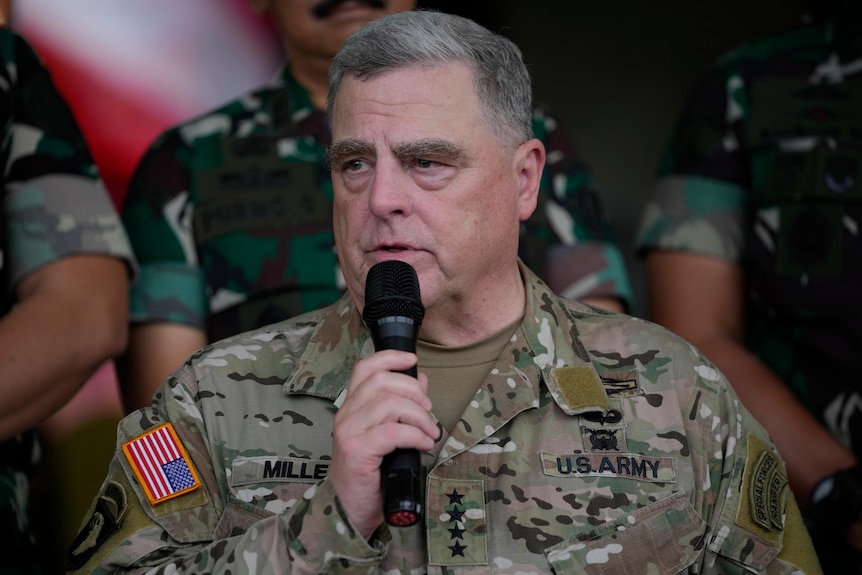 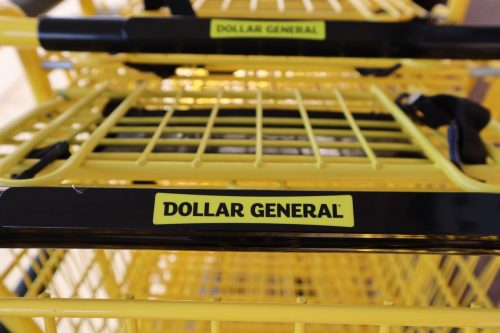 Dollar General Will Let Shoppers Do This at 19,000 Stores Through Dec. 31 General