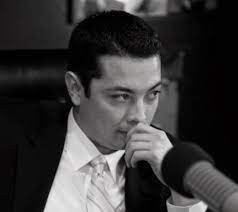 GoLocalProv.com has filed a formal complaint with Rhode Island Attorney General Peter Neronha’s office regarding the City of Central Falls’ refusal to comply with the Rhode Island Access to Public Records Act (APRA).

The complaint stems from a GoLocal investigation into former Central Falls Mayor Diossa’s travel while in office and subsequent lack of financial documentation for his more than 30 trips domestically and internationally.