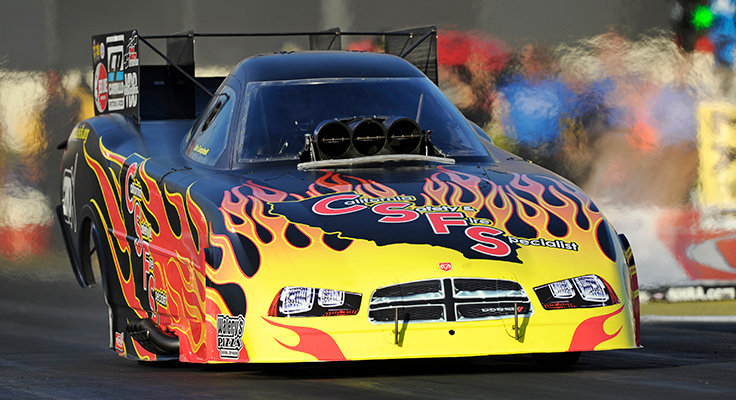 In a 60-plus-year career in drag racing, nitro legend Jim Dunn has had a lot of drivers in his car, starting, of course, with himself, for decades, as well as his son, Mike, Al Hofmann, Kenji Okazaki, Tony Bartone, Frank Pedregon, Jerry Toliver, Paul Lee, Todd Lesenko, John Hale, and Jeff Arend, but none have lasted as long or come from virtually nowhere as his current shoe, Jim Campbell, who is just finishing his seventh season with Jim Dunn Racing.

Campbell was on no one’s radar to drive for the legend, as he had very little seat time in a