On the invitation of a close friend working abroad, I recently took a trip through Germany.

I had no grand plans for the trip — besides to enjoy the journey — and I knew I wanted to illustrate it. A camera is one way to capture the world, but the meditation of re-creating moments in ink felt like a better, more personal tribute. Not to mention, after a day of hiking through museums and city streets, easing weary feet with a beer and a couple hours of sketching was a godsend.

Here’s how you can make your own travel journal

As the route solidified, I set out to meet with family, friends and friendly strangers who surprisingly answered a general “anyone want to hang out?” missive I put up on Twitter, achieving the 1999 dream of making new connections through the internet.

Here’s a summary of my trip, told through those sketches:

Beginning in München (Munich), I was most taken by the Deutsches Museum, a well-designed collection of science and technology. I had the luck to walk through their old instrument collection, where a guide was rocking it on the 17th century organ.

What I’ve learned about Bavaria in beer gardens

In the evening I parked outside the magnificently rebuilt town hall and discovered that in Germany, a “large” beer is a liter. All the more time to sketch.

Rottweil, yes, the namesake for the dog breed, was the next stop. The city is lined with structures remaining since the 16th century, many in the downtown area adorned with comic-esque panels depicting flora, fauna, and foods.

Here I met up with my brother and his wife, who were traveling through to Vienna. Rottweil is in the Black Forest, so we sought out Black Forest cake and ham, finding both in a local farmers market. They didn’t have forks, so we had to eat it with our hands, much of which ended up in my beard. Locals stopped to comment at the sight. I’ve been since dubbed “Onkle Zuckerbart,” or “Uncle Sugarbeard.”

As I discovered was true for seemingly all Germany, Rottweil has a bustling wasp population. Even after washing off the cake, I’d spend the rest of the day fleeing wasps drawn to my sweetened face.

I spent only a few hours at Konstanz, mostly surrounded by the flowers of the garden island Mainau. Among the flowers were instruments, exposed to the elements with overgrowth pouring from the cello holes and piano tops, an ode to the baroque period in which the island palace and gardens were built.

Even outside this island, German homes sport impressive amounts of flowers, with every front-facing window adorned with boxfuls.

Karlsruhe is where I met up with the friend who had kicked off the trip. We ventured to through the Karlsruhe Palace, now the home of the regional historical museum and copious statues of winged people. In Durlach, an eastern borough of the city, sits Karlsburg Castle, and a fountain celebrating love of all kinds of species (maybe more literally than you’re used to).

Mainz is another medieval city that sits just west of Frankfurt. It’s also the home of Johannes Gutenberg and a tribute museum that houses three books of the printer’s famous bibles.

Among the best things about traveling is the minor changes you encounter. Case in point, the walk signals of Mainz feature small gnome characters, the Mainzelmännchen.

When you enter Köln, (Cologne), immediately off the train you’re met by the Kölner Dom, a massive cathedral so ornate that I admit I wouldn’t dare try to fit it on these pages.

While there, I was stuck on coming up with a way to thank my friend and others who shared time with me on this trip. I was reminded that sketching has always been a way to better connect with people. I only drew as much as I did because I noticed as a kid it made pals happy to see themselves drawn, a social hack for an otherwise pretty shy kiddo.

On my own for an evening, I enjoyed an Italian dinner and beer in a nearby park. A couple, who noticed me drawing a nearby shirtless night club pilgrim blasting loud music from an amp on wheels, getting chewed out by an older woman, asked if I’d sketch them. It was not a great portrait, but they were happy. A familiar contradiction.

Hamburg was a longer stop, which was great as it’s a beautiful city! Canals and rivers thread through the city like veins, commonly populated by locals paddling through.

It’s also a city where I first got the real sense of the destruction following the World War II. The Speicherstadt, or downtown warehouse district, has the canal lined with eight-story brick buildings whose constructions have such clear purpose that it’s impossible to not imagine what it was like in its heyday. But that’s just one small part of the city that barely survived allied bombing. Elsewhere, it’s noticeably more modern structures.

Lübeck is a rare northern city that survived the both World Wars mostly intact, medieval structures aplenty. Within Holsten Gate, the main entrance to the downtown, I met a local watercolor artist, Stanislaw Ostrowski. After buying an illustrated map from him and showing my sketchbook, he took it and painted an original in my book. Despite him not speaking English, and my limited German, it was nice to have a nonverbal means of communication.

The trip ended with a week-long stay in downtown Berlin.

One evening, I trekked through a former airfield turned park, Tempelhofer Feld, with friends. While during the day it’s full of life and picnics, we visited close enough to closing time that only a few land sailors were still rolling.

While here I took an experimental portrait workshop on a boat turned art studio/bar, a particularly scrappy and beautiful pocket in a scrappy and beautiful city. The Berlin Wall remains standing only in chunks and as an outdoor installation with murals painted on each, and in stringed footprint of parks throughout. Throughout Berlin, defunct structures find new life.

The return trip was less smooth. A flight cancellation had me up 30 straight hours, fueled only by caffeine, but gave me a chance to finish the sketches.

After boarding the rescheduled red-eye, within a few hours I landed back home.

Just in time to catch the sunrise over Reagan National.

Sketchbook pages photographed by Kyle Sandhoff. Illustrations inspired by the many wonderful folks who shared their time over in Germany.

For sketches of current and future ventures, Dylan posts intermediately on instagram. 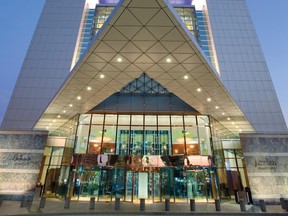